Home > Resources > Schools > Activities for Children
Books for Young children with a World War I theme:


Animals in World War I

Animals played a part in World War I. It is difficult to think about animals being involved in war but many were.

10,000 New Zealand horses went to war – they carried men but mostly they pulled carts carrying essential supplies – food, water, fuel, weapons and ammunition. Only a few of these horses were able to return to New Zealand because of the fear they may bring back diseases.

Cats are not very good at delivering messages nor can they carry men and equipment but they reminded the soldiers of home and were often to be found in the trenches and hospitals during the war. Snowy was the mascot and friend of the men of the New Zealand Tunneling Company. 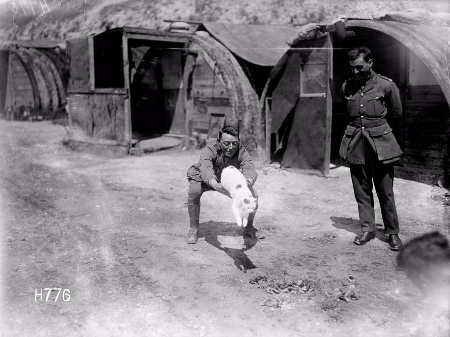 Ideas from the Scout's Hall